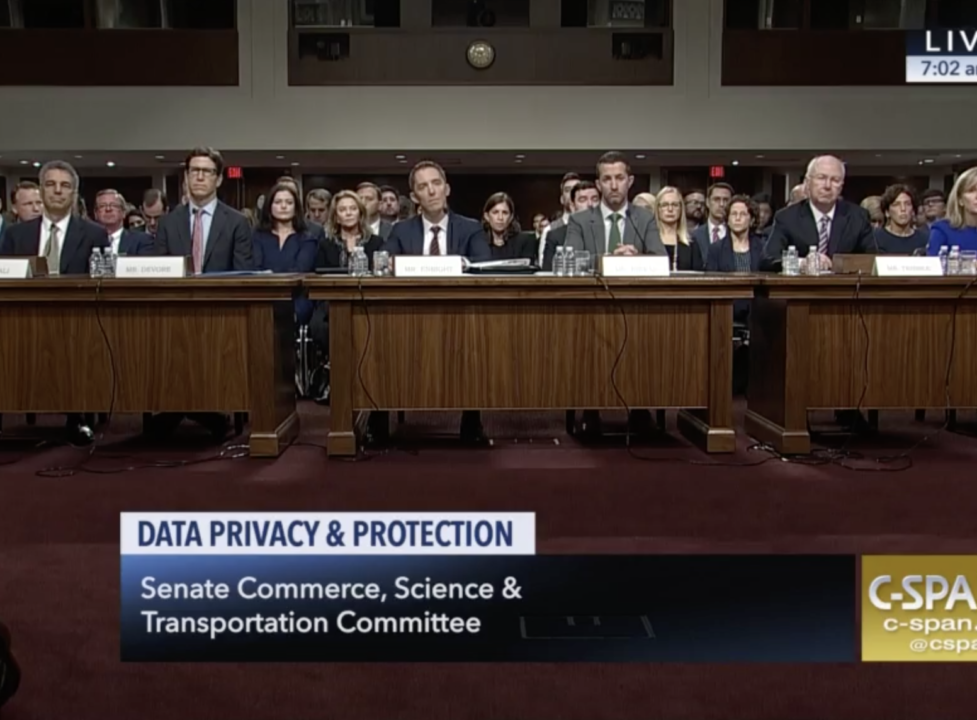 Recently, the Information Technology Industry Council, which represents companies like Amazon, Visa, Microsoft, Google, Facebook, and Apple, released its “Framework to Advance Interoperable Rules (FAIR) on Privacy”. On the surface, it looks like tech companies are trying to protect user privacy. In reality, they want to make sure that they can continue to profit off of our data. Using simple privacy tools like DeleteMe and Blur will help you stay in control of your privacy.

83% of Americans said that internet companies specifically are a source of growing concern, according to the Centre for International Governance Innovation (CIGI). 62% of Americans believed that social media has too much power. That statistic was collected before the Cambridge Analytica scandal, and likely to now be even higher. It’s clear that Americans should, and do want protection from major tech companies. 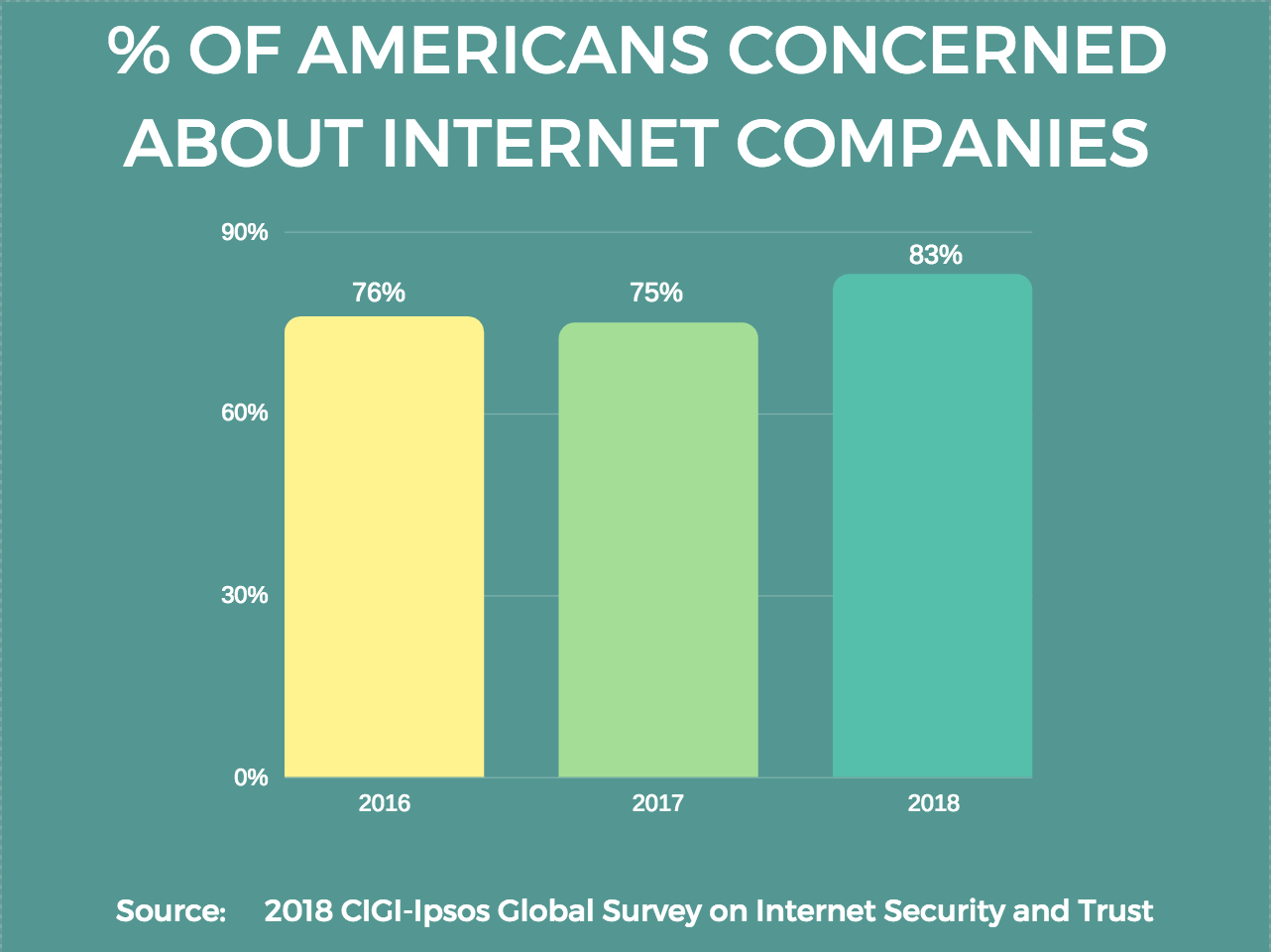 The Tech Industry is Stacking the Odds in Their Favor

Tech companies know that they have nothing without their users’ data, and for that reason have begun to push for privacy laws in an effort to be a part of their shaping–and to have them serve industry interests. If they’re successful, it’s likely the regulations won’t actually protect consumer privacy. We’ll end up with poor regulation that protects the tech industry’s source of profit: the sale of our personal data.

In the past, the Tech Industry has spent a lot of money opposing consumer privacy legislation. But recently, they have become aware of the growing public support for privacy laws, and are trying to stay ahead of the curve. They’ve updated their privacy policies, created simplified ‘privacy centers’, and enhanced their security features. This helps them look as though they are changing their ways and prioritizing user privacy–but it’s not enough. They’re still collecting and using our data in ways that are not made clear.

Tech Executives Have the Senate’s Ear

Amidst the push for online privacy regulation, the Senate invited executives from the largest tech giants to discuss national law on consumer data privacy.

The representatives made grand claims about their support of user privacy but were reluctant to go into the specifics of what a national data privacy law could look like, making it clear that they don’t have much interest in taking user privacy seriously.

In an interview with The Hill, Jeff Chester, the executive director of the Center for Digital Democracy (CDD), said, “They’re going to work behind the scenes to shape legislation that will not protect Americans from having all of their information regularly gathered and used by these digital giants…They see federal law as an opportunity to preempt stronger rules.”

For all tech giants, their entire business models rely on selling and sharing users’ personal data. They profit from running targeted ads; relying on collecting, sharing, and analyzing vast amounts of user data. So, they see privacy regulation as a threat to their data-reliant businesses. 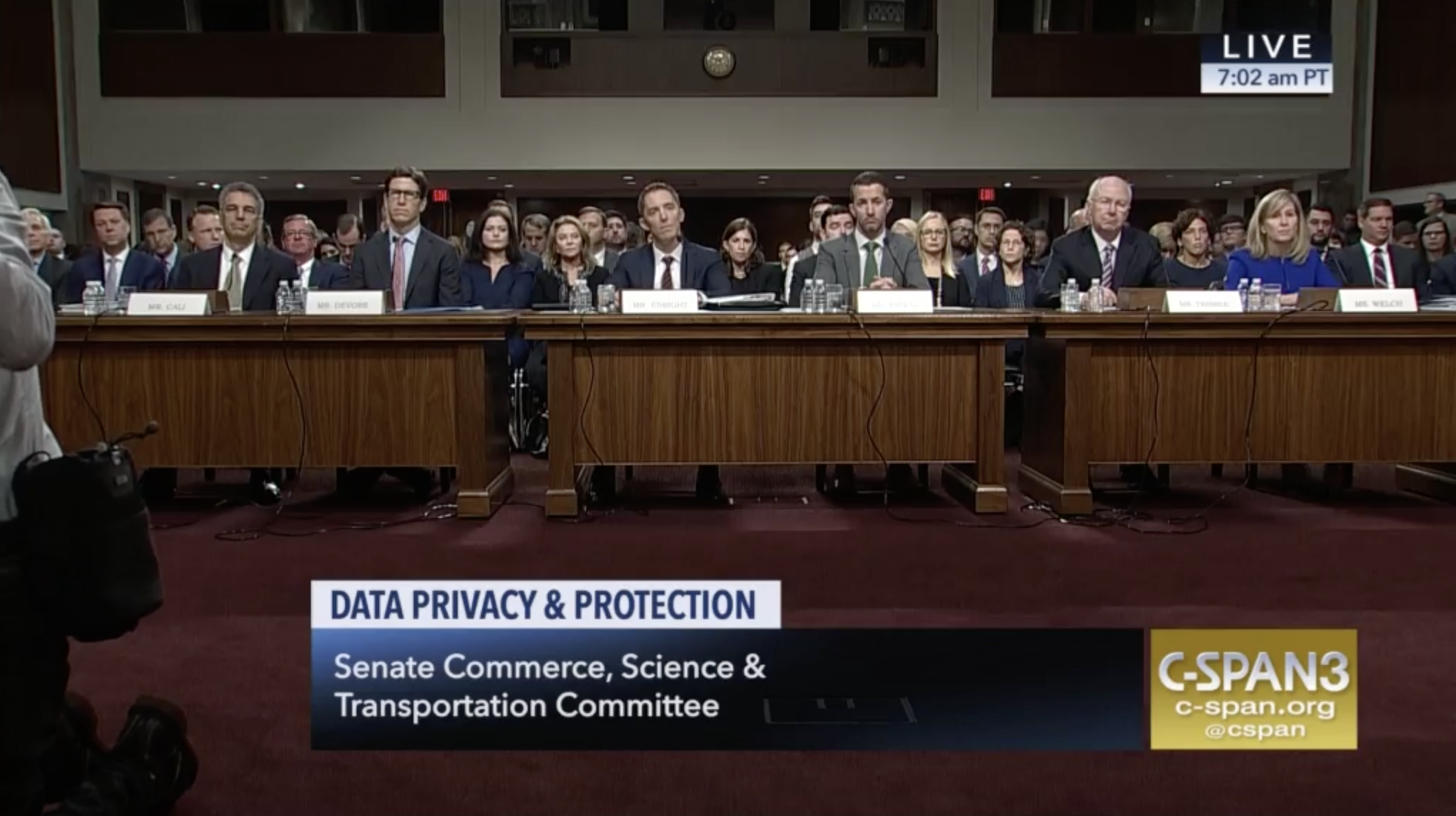 While five tech industry representatives were able to testify at the Senate hearing, no consumer interest groups were invited– shocking. Instead of a fair law protecting our privacy, we could end up with a weak law–or worse, one that protects tech companies’ ability to sell our personal data.

The Tech Industry is Pushing Against State-Wide Privacy Laws 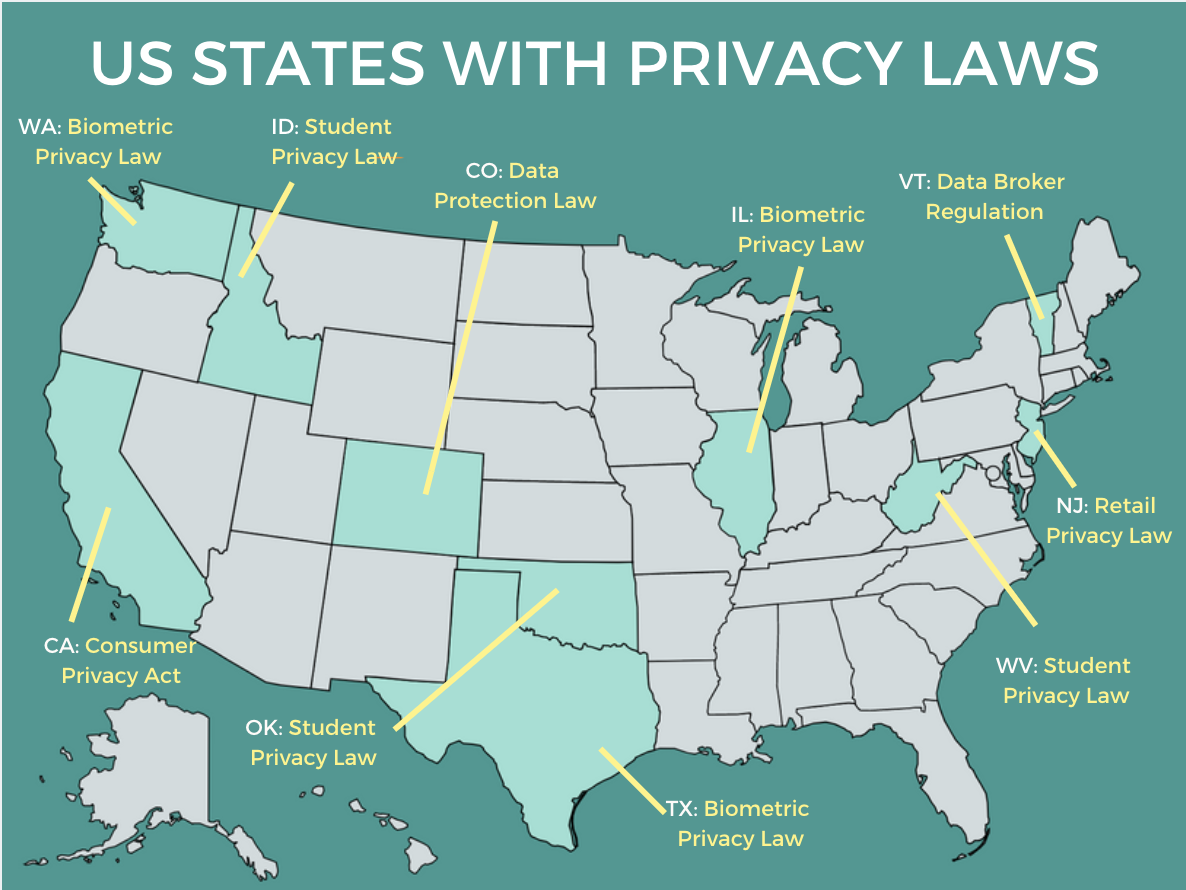 Internationally, the EU’s General Data Privacy Regulation (GDPR) is the world’s farthest-reaching data regulation to date.  In the U.S., The California Consumer Privacy Act (CCPA) provides similar protections as GDPR, except it uses an opt-out method to controlling data sharing instead of the opt-in method that GDPR uses. 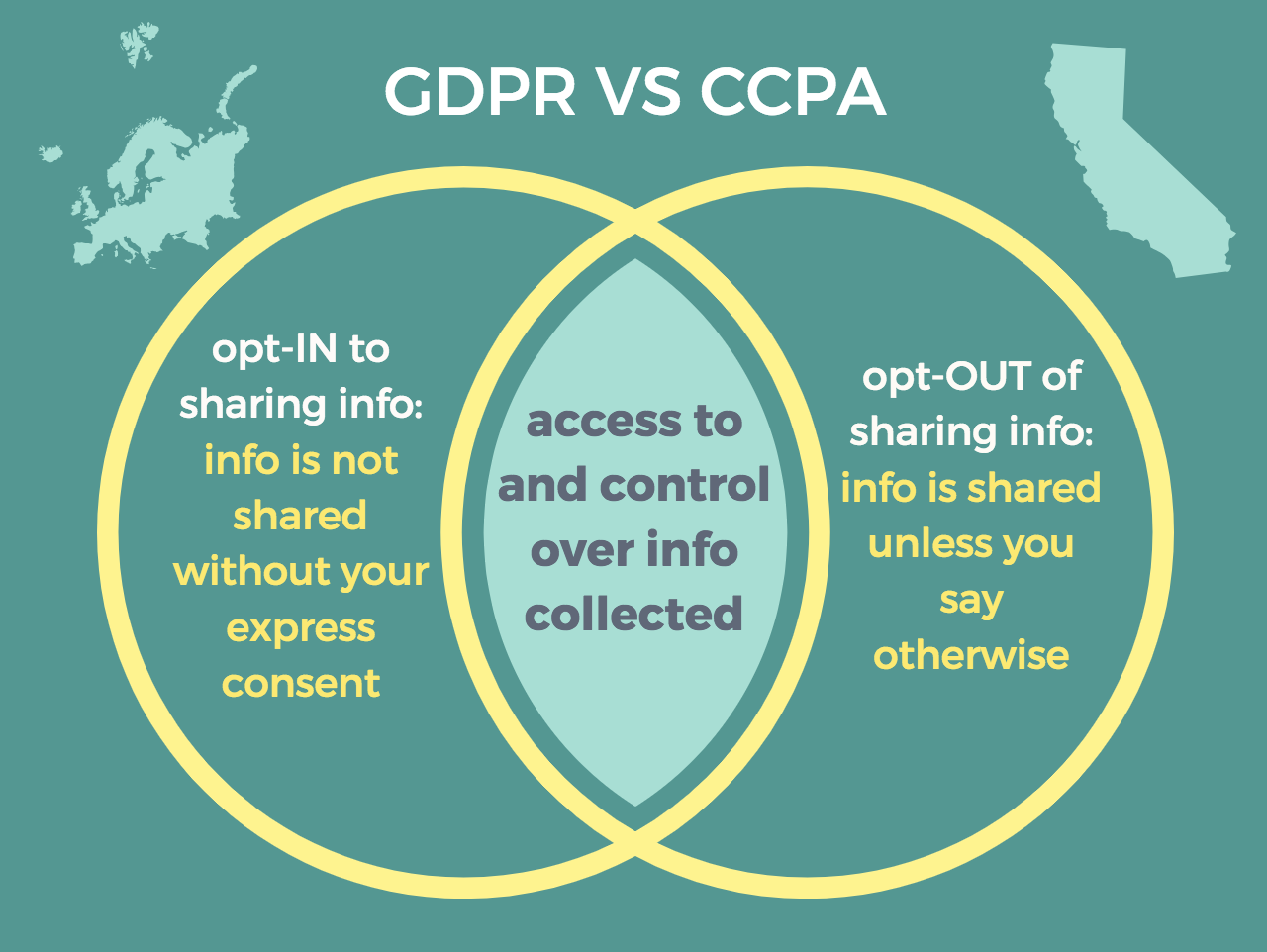 Although the CCPA doesn’t go into effect until 2020, it’s already making a big effect on the tech industry: they’re already pushing against CCPA, and trying to ease its regulations.

“The companies are afraid of California because it sets the bar for other states,” said Ernesto Falcon, legislative counsel at the Electronic Frontier Foundation. “It’s clear that the strategy here is to neuter California for something much weaker on the federal level.”

Here are examples of meaningful cookie-use consent agreements, courtesy of the Dutch: 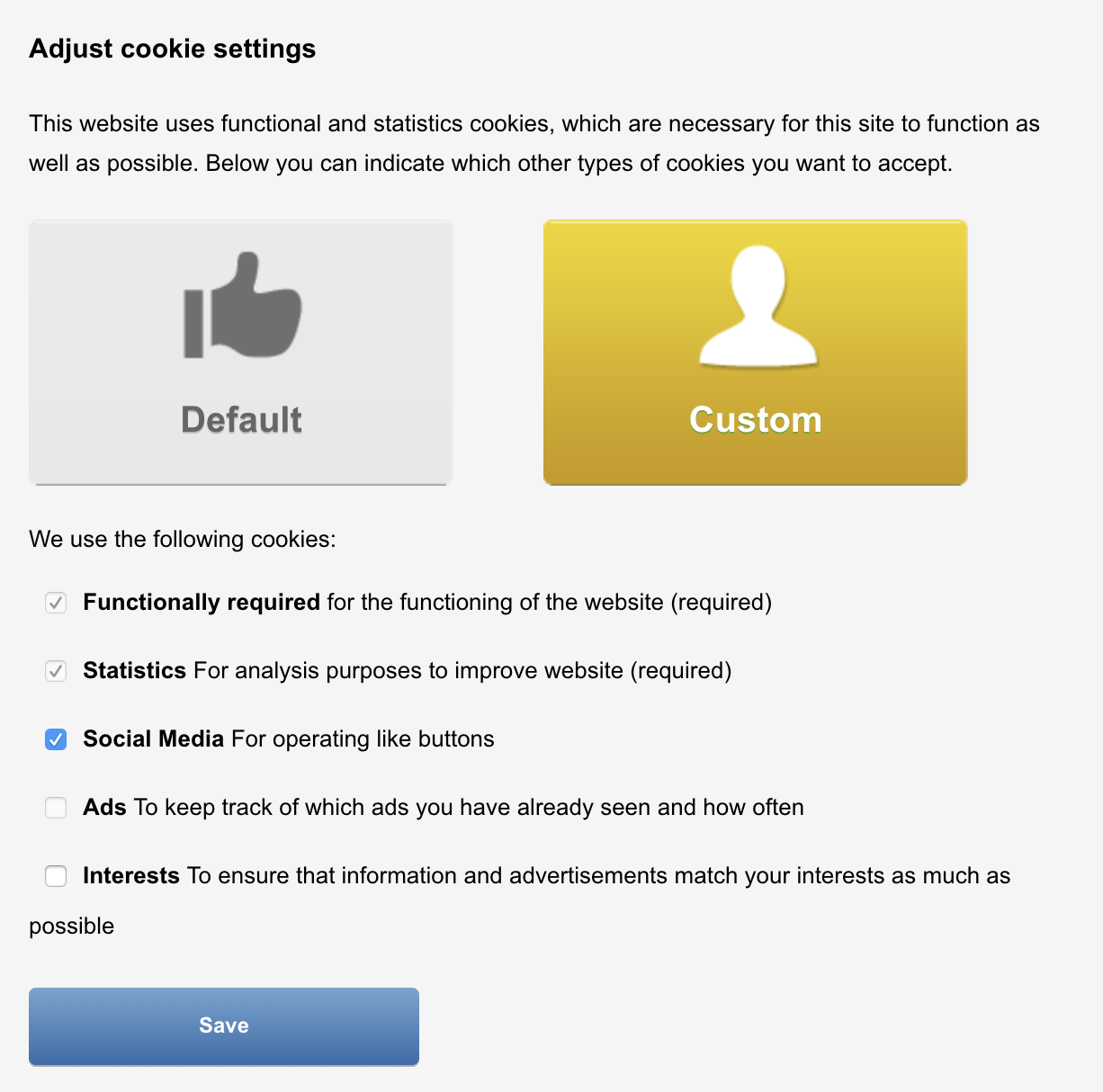 These guidelines are meant to put user privacy interests in front of business interests. It’s in tech companies interests to make user privacy a priority–if consumers don’t trust the company with their data, they will not use the service.

There are a few ways that you can stay on top of your privacy.

Abine, Inc. is The Online Privacy Company. Founded in 2009 by MIT engineers and financial experts, Abine’s mission is to provide easy-to-use online privacy tools and services to everybody who wants them.  Abine’s tools are built for consumers to help them control the personal information companies, third parties, and other people see about them online.

Blur by Abine is the only password manager and digital wallet that also blocks trackers, and helps users remain private online by providing ‘Masked’ information whenever companies are asking for personal information.

Abine’s solutions have been trusted by over 25 million people worldwide. 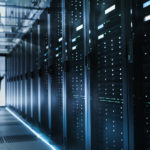 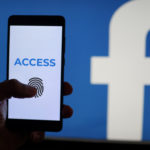 About the Author / Julianne Subia

Julianne Subia joined Abine’s Marketing Team in 2018. Julianne has a degree in International Justice from Leiden University, and focuses on Privacy from a Human Rights approach.