It is likely consumers will never see more online ads than they are seeing today– we have reached “peak internet advertising”. Actions taken recently by consumers and advertisers alike virtually guarantee a drop in intrusive and annoying ads as well as a decline in overall internet advertising. However, fewer ads will prove a pyrrhic victory for consumers who will have even more of their digital lives tracked, profiled, sold, and re-sold. Fewer ads seen by consumers will, ironically, correlate with more data being brokered behind their collective backs. Less ads: even less privacy. A handful of recent trends help illustrate how this is coming to fruition.

Trump’s election and the installation of a Republican FCC rolled back some regulations stopping ISP’s from tracking consumers Internet browsing behaviors – and of course your ISP/Cable provider knows your home address and full identity and non-HTTPS browsing details that occur over their connections. Furthermore, ISP’s have increasingly diversified businesses with data collection and advertising becoming more significant parts (for example, Verizon acquiring Yahoo!).  More broadly, most are skeptical there will be aggressive anti-trust enforcement under the Trump administration as these providers converge connectivity, content, data and advertising businesses. The net effect of all this is more big businesses looking to track, profile, and sell data about consumer’s online browsing activities – but with less total online advertising inventory than exists today. 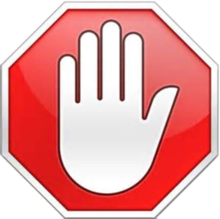 Consumers are now installing ad-blockers by the hundreds of millions. These ad-blockers are small programs / apps added to mobile and desktop browsers like Chrome and Safari which block most online ads from displaying. Ad-blockers have now risen to “mainstream levels” of usage – 250M-500M+ consumers are now browsing with ad-blockers on. All day long. Adoption has happened virally as ad-blockers are typically installed as apps and browser extensions (plugins) and have traditionally had neither real revenue models nor advertising budgets. For mobile ad-blocking, Apple has enabled ad-blockers in iOS and Samsung has followed suit in their mobile Android S-Browser.

Google Chrome has gained share to 50% or more on the desktop at the expense of Microsoft with its failure to effectively transition users from Internet Explorer to Edge, Firefox’s implosion, and with Opera switching to Chromium and recently sold off to the China. For mobile browsers, Android Chrome, Samsung S-browser, and Apple Safari don’t compete as much as come shipped “on by default”.

Google is rumored to be releasing a new version of Chrome that will block some ads by default. Here, instead of Google paying the #1 ad-blocker, Ad-Block Plus, to let its text-ads and Google Analytics through by default (see the “Acceptable Ads” program) to the tune of perhaps $100M+ dollars, it looks like Google will, with Chrome now over 50% of the PC browser market, act like the consumers friend by blocking some ads while becoming the true gatekeeper: controlling exactly what is considered a “good ad” and effectively funneling more bucks through its Adwords and Doubleclick businesses. This could also free Google to disable other blocking extensions, much like they already do with those that switch search providers (based on various arguments that mix legitimacy with anti-competitive behaviors).  It would certainly stem further losses for Google imposed by the 100% on by default ad/tracking blockers by blocking only a subset of the most obnoxious ads and also forcing quick changes on the part of bad advertisers to conform – one change most can agree with would be positive. Chrome ad blocking, if it does happen, would crucially never block Google Analytics by default which provides Google with so much valuable tracking data.

Announcing recently that Facebook will simultaneously “thwart ad-blockers” at the technology request layer and also slow down the amount of ads it shows – FB has now said publicly it will both implement anti-ad-blocking technologies and also plans to stop increasing ad load in summer 2017. This means that after a long time of the ratio of advertising-to-content increasing, people will stop seeing more ads on Facebook than before.

The web browser remains the key point where most online events and information exchange happen (yes, mobile Apps, messaging, and social networks are in some cases “sort of” exceptions). Our browsing history and activities paint increasingly detailed profiles of each of us and are more connected together from the “server side” and are more easily connected to our real-life identities than ever before. The fight to control this data and to monetize it through advertising + data is getting more serious in 2017 as the massive base of initial capital investment in “big data” ages and returns are sought.

There are fewer, bigger, and less-regulated entities controlling the key points around our browsing and internet connectivity where the data streams from our digital lives flow. They have large businesses based on data collection and advertising and are consolidating power, increasingly free of regulatory worries.  Only the consumer uptake of ad-blockers (not the more complex world of privacy concerns) are prompting this small powerful set of players to test and deploy new strategies to preempt a trend that threatens data and advertising growth.

For both Facebook and Google, these new ad-blocker-related strategies are now underway in their early forms – reduce some advertising, force some ad cleanup, even do some preemptive ad-blocking. Both fight and embrace the enemy; all the while, like a good wolf in sheep’s clothing, appear as the consumer’s friend.

People prefer enemies they can see and they have seen all types of increasingly bold, annoying ads bleed into the 4+ hours a day the average US consumer now spends online. Now, the biggest players in the online ad-tech ecosystem will clean things up a bit to find a more palatable balance for consumers viewing ads in their browsers. In doing so, they will shift their focus towards profiling and selling consumer data behind the scenes. As a direct result consumers will, unknowingly at first, be entering a new phase in their loss of privacy: one where their own personal data is more actively used to target them in all kinds of ways that, unlike auto-playing videos and blinking banner ads, are no longer easy to see.