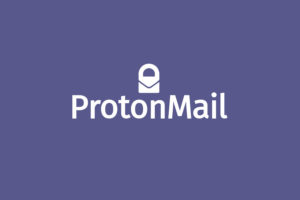 In 2013, three researchers came up with the idea for ProtonMail due to their combined interest in protecting civil liberties online. Today, their company goal is to build an internet that respects privacy and is secure against cyberattacks. At Abine, we love ProtonMail, and we think you should too, so we created this blog post.

ProtonMail is the world’s largest secure email provider, with over one million users. As an end-to-end encrypted email platform, ProtonMail is incorporated in Switzerland, subjecting the company to Swiss Privacy Laws. Some people may be unaware that Switzerland’s privacy laws guarantee data privacy under Swiss constitutional law, making consumer’s data much “safer” from prying eyes and data breaches.

For more information about the importance that’s placed on Privacy Laws in Switzerland, check out this article from The Daily Dot, or read ProtonMail’s own explanation in a blog post from 2014.

In addition to ProtonMail’s Swiss incorporation, the other main defining piece of the program’s popularity is its use of end-to-end encryption, which lets its users email each other over highly encrypted email.  It’s demonstrated in their diagram: 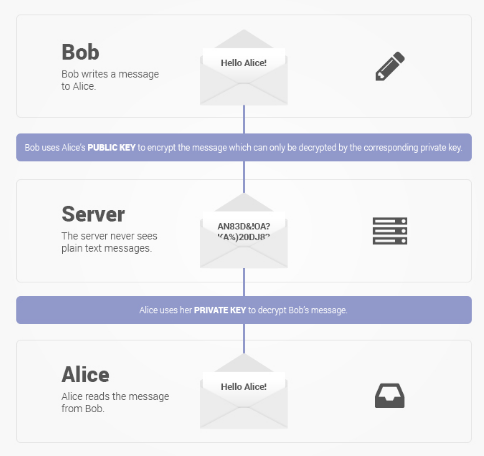 Due to secure nature of this system, ProtonMail’s user’s data is encrypted in such a way that makes it inaccessible (or unreadable) by ProtonMail, similarly to the way that Abine cannot read or access the data of our Blur users.

By using ProtonMail with your Blur account you’re increasing the level of privacy and security of your personal information. You can register for Blur with a ProtonMail account, or switch the email address on your existing Blur account to a ProtonMail address. This way you can take advantage of being able to send securely encrypted emails. Blur doesn’t store any Masked Emails you may receive anywhere except temporarily in your Masked Inbox.

Using an encrypted email service like ProtonMail helps protect your privacy and security and best of all, ProtonMail is completely free to use, unless you need over 5GB of storage, or need to send over 1,000 messages a day using their client.

Sign up for Blur today, and receive a 30-day trial of Blur Premium. New Blur users will receive a 50% discount on a 1-year Blur Premium subscription if they purchase premium within 24 hours. Remember, when signing up for Blur, use ProtonMail!

Previous Story:
It’s Tax Season: Do You Have Your Online Privacy Protection In Place?
Next Story:
We’ve Reached Peak Internet Advertising: What’s Next?

One Reply to “Using ProtonMail with Blur”