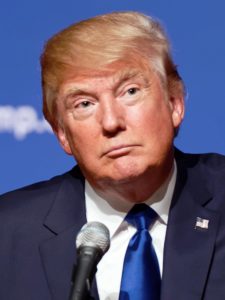 As President-Elect Trump prepares to take office later this month, online privacy advocates are wary that Trump’s stance on many issues could result in a variety of changes to the online privacy world.

While Trump’s platform does not include anything explicitly regarding the issues of online privacy, his stances on encryption, internet freedom, government surveillance and cyber-security are all examples which illustrate that he may believe: “privacy must be sacrificed in order to preserve security”.

The intent of this blog post is not to bash the incoming President-Elect, it is simply to shed light on some of Trump’s proposed plans and ideas that fall in the realm of online privacy and security.

During the heated debate between Apple and the FBI in early 2016, Donald Trump went on record indicating that he backed the FBI throughout the investigation, citing national security as the main factor in wanting Apple to create a “back-door” into the iPhone.

This is a prime example of what may be in store for the country moving forward. While this may seem like a polarizing topic to many, it’s difficult to gain a consensus of the general public when it comes to this specific example, as outlined by this article in Fortune.

Trump has openly opposed Net Neutrality principles, which would allow for ISPs to provide “fast-lanes” for specific services.

“Once Trump installs a Republican FCC chair, the agency’s GOP commissioners Ajit Pai and Michael O’Rielly will have the support they need to end what they have viewed as the FCC’s overreach into the telecom market,” writes Larry Greenemeier of scientificamerican.com.

Additionally, during the fifth televised Republican debate, President-Elect Trump went onto say “I would certainly be open to closing areas where we are at war with somebody,” explaining he has no oppositions against doing whatever is necessary to protect the security of Americans. 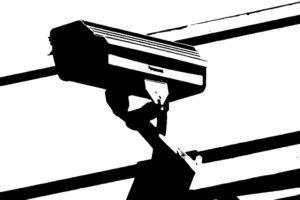 One of the most controversial pieces of Trump’s presidential platform is his support of the Patriot Act, and his support of data collection by the NSA. This issue has been a long-standing, heated debate topic in the past, and likely will continue to be as Trump takes office and begins to move his policies into place.

Not only does Trump want surveillance of newly arriving immigrants that are making their way into the U.S., but he seems completely fine with the government surveilling current U.S. citizens as well.

President-Elect Trump has at least discussed the ways in which various groups such as Muslims in the United States could be identified as a group.  In part, such practices may rely on online identity profiling methods which can include lookups to information already gathered about you from public records and online activities (see Abine’s DeleteMe services listings for some of these), Facebook profiles connected to your personal email address and so forth.

It’s impossible, of course, to predict President-Elect Trump’s stances on every outstanding online privacy and security issue that he may have to deal with during his presidency. However, there are a few things for that seem clear:

It’s likely that there will be sweeping changes for internet users over the next year(s), not only from the U.S., but around the world and staying more private online will become increasingly difficult.

3 Replies to “What a Trump Presidency means for Online Privacy”