Marsha Blackburn & The Browser Act: What You Should Know 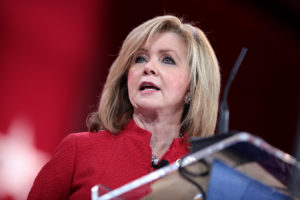 Earlier this year, House Republicans voted to retract milestone internet privacy protection laws that were put in place by the Obama Administration shortly before the end of Obama’s term. However, last week, Marsha Blackburn (R, Tennessee) proposed an alternative to these recent changes, called The Browser Act, which at least provides some sense of privacy protection.

In October 2016, in the final months of Obama’s term as U.S. president, the FCC’s five commissioners voted 3-2 in favor of the new FCC rules, essentially limiting how Internet Service Providers (ISPs) can collect, share and use consumer data, proclaiming the people’s right to control the use of their personal information.

These rules put in place in October 2016 required ISPs to obtain their customers’ explicit consent before using or sharing sensitive data with third parties.

This ruling came at an interesting time in the world of online advertising, as the general rise in use of ad blockers by consumers had begun to force major changes in the ways in which marketers can advertise to consumers online.

In March of this year, congress proposed legislation—later signed into law by President Trump—to reverse the new FCC privacy rules that were put in place just a few months prior during Obama’s final months in office.

This repeal re-opened the door for ISPs to join the likes of Facebook and Google in the online advertising industry. With this repeal, ISPs can now collect, share and use consumer data in almost any way they want, without first explicitly receiving the consumer’s consent.

The most thought-provoking piece of this ruling is that your ISP tends to know much more personal information about you than a Facebook or Google ever could, like your real home address, phone number, social security number, non-HTTPS browsing details, etc.

The most significant change proposed in Blackburn’s bill would force both content providers (Facebook or Google) and ISPs (Verizon or AT&T) to receive explicit permissions from consumers prior to collecting, using and sharing their personal data. In the age of dying privacy, it’s reassuring to know that some powerful people in the U.S. still feel the need to fight for privacy rights.

Unsurprisingly, the Internet Association, a trade organization which lobbies for and represents the world’s leading internet companies (Amazon, Facebook, Google, etc), issued a statement on May 23rd, 2017 expressing concern for the Browser Act, citing ruining the consumer experience as a leading cause for concern:

“We, along with a broad swath of the American economy, are aware of the BROWSER Act and are tracking the proposal. This bill has the potential to upend the consumer experience online and stifle innovation. Policymakers must recognize that websites and apps continue to be under strict FTC privacy enforcement and are not in an enforcement gap, unlike other stakeholders in the ecosystem.”

Things You Can Do

As lawmakers can seemingly never agree on monumental issues like this one, it’s difficult for everyday people to figure out a stance on these high-level issues, especially when they’re being bombarded with information from both sides of the media.

Here’s a few things that we’d recommend to help protect your online privacy during these uncertain times:

Unfortunately for the American people, the future of the consumer’s right to online privacy seems to be slowly fading away as each year passes.

Contrasting views coming from opposing political parties will likely continue to muddy the waters of online privacy law in the United States, so we think it’s imperative that individuals take back control over their own privacy by doing everything in their power to remain as private as they’d like.

The fight for online privacy is likely far from over as we’ve seen two monumental changes from lawmakers on both sides of the online privacy argument occur within the last 8 months.

2 Replies to “Marsha Blackburn & The Browser Act: What You Should Know”