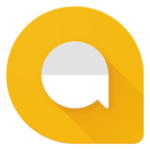 This past week, Google debuted their new messaging app, Allo, to a mix of criticism and praise. While some feel that the company is right on target with this release, others find it strange that Google has elected to omit many features that people in 2016 have come to expect from their beloved messaging apps (e.g. iMessage, WhatsApp, Facebook Messenger).

One of the coolest and most talked about aspects of the new app is the fact that Google is built right into the app. For example, you can start up a chat with @google, and ask it questions, just like you’re typing in a regular old Google search. Apart from most of the standard set of features that you’d see in today’s messaging apps, Google’s breakthrough this time is with its virtual assistant, AI and machine learning capabilities, powered by “suggestion chips”.

Dieter Bohn of The Verge writes: 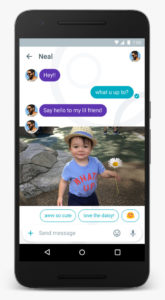 “In the example Google showed us, a graduation photo [message] came through. The suggested replies [from Google] were along the lines of “Congratulations!” and “You look great!” Think for a moment about what it takes to do that. Google recognized it was a graduation photo and then went a step beyond just guessing what it was, it guessed at appropriate responses. And even beyond that, the responses are grouped into little meaning clusters — so you get a range of possible reactions instead of just variations on the same theme.”

There’s one major privacy concern with using Google’s new messaging app: it’s made by Google. Google has become notorious in recent history for tracking its users without telling them, or without any real consent being given. It’s no secret: Google is tracking almost each and every person who’s plugged into the digital world—whether they know it or not—in some way, shape or form.

When Google originally announced the app earlier in 2016, they eagerly boasted end-to-end encryption (Incognito Mode messaging) as the standard form of messaging via Allo. However, as the product became available to the public in late September 2016, Google tweaked the defaults, forcing the user to enable Incognito Mode instead of having it enabled by default. The main difference between the two, being that Incognito Messaging erases communications once they have been delivered to the recipient, as opposed to communications being stored indefinitely by Google.

It doesn’t really sound like Google has any real interest in protecting your privacy, does it? Of course not. We agree, and so does one of our heroes (hint: it’s Snowden). 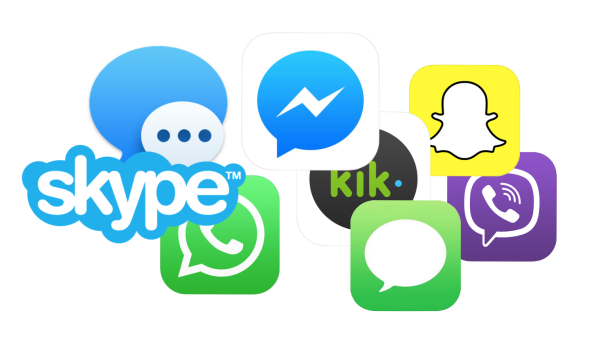 When signing up to use Allo, Google forces you to input your phone number (but strangely does not force you to link your Google account).

Here’s where Blur comes in.

When signing up for Google Allo, give the app your Blur Masked Phone number, keeping those pesky data miners from knowing your real phone number, and being able to connect it to all of the other data that’s likely already been collected about you.

Blur’s Masked Phone feature acts as an extra layer of privacy against unwanted calls or texts like telemarketers, or those extremely invasive spam text messages that everyone hates. With Masked Phone, you’ll get one brand new phone number that forwards calls, text messages, and voicemails to your actual phone number. You can then easily block and unblock any number from contacting you with one click.

Sign up for Blur today to receive a 30 day free trial of Blur Premium. Purchase Blur Premium within 24 hours of registering, and receive a 50% discount on a 1-year Blur Premium subscription.

Abine is the creator of Blur – the only password manager and tokenized digital wallet that gives consumers simply better passwords, payments and privacy.  Over 25 million people worldwide have used Abine’s solutions on their desktop web browsers and iOS and Android connected devices.  Blur dramatically reduces login and checkout friction, facilitates habitual shopping, and inspires trust… all while avoiding the typical problems of slow merchant acceptance of new technologies.  Get Blur.

Previous Story:
Abine Offers Yahoo! Data Breach Victims 50% off Blur
Next Story:
How I Use Blur to Protect my Passwords, Payments & Privacy